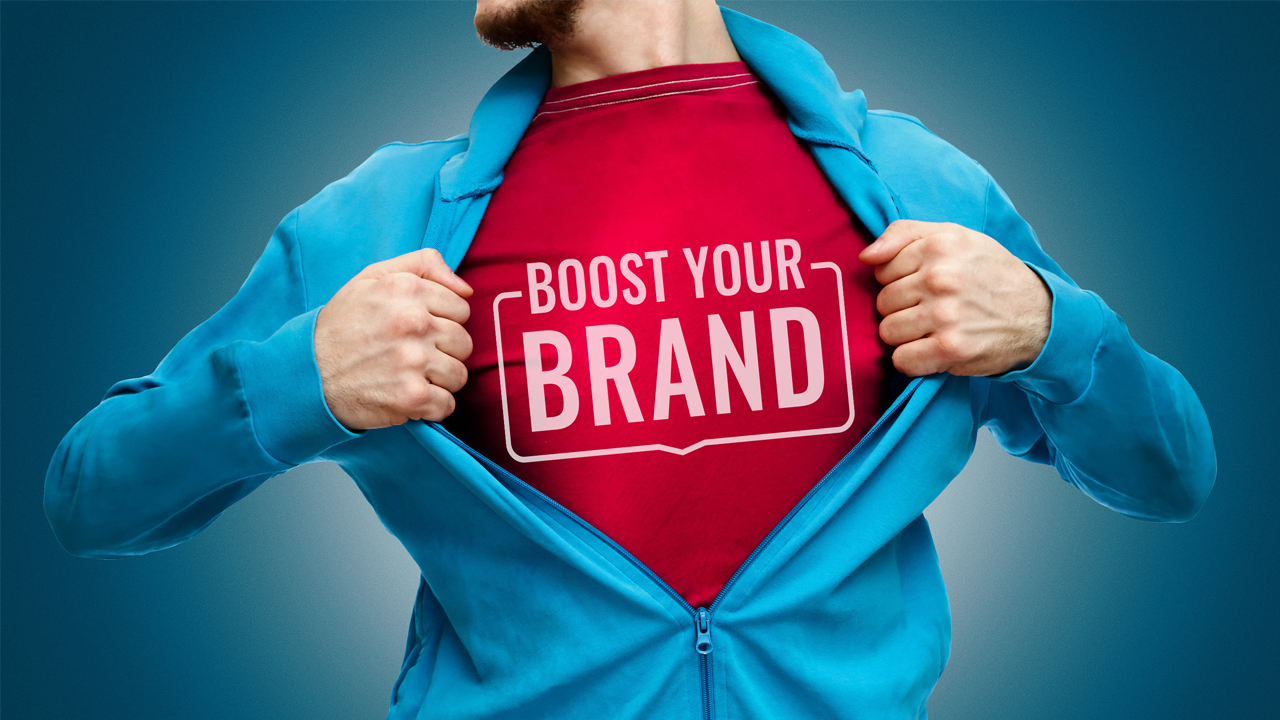 Keep your promises and become an irresistible and successful brand

These days, more and more companies are actively working on their brand. Internal and external partnerships are being set up to seriously tackle this project. Often the goal is: Build an irresistible, successful and sustainable brand. A brand that employees and customers feel connected to. A brand that matters in both the short and long term. A brand promise plays an important role in this.

What is a brand and a brand promise?

Let’s step back for a moment. What is a brand and a brand promise exactly? A brand has various functions. It mainly ensures acknowledgement, recognition and distinctiveness for the customer. A brand promise is inextricably linked to a brand and is more than an addition to a word or logo. The phrase says it all: it’s the promise a company makes to itself and the world. A short and simple statement about what the company stands for.

As a company, you can communicate your brand promise in the most creative way possible, but its strength lies in keeping that promise via all the company’s internal and external facets: policy, service, customer support, sales, marketing and communication, HR and so on. By keeping your brand promise in this way, you’re automatically recognisable and authentic and you’re more likely to create proud employees, reliable suppliers and satisfied customers, both existing and new.

There are countless examples of companies that have and haven’t got it right, but in this article I want to highlight three well-known and recognisable brands:

Coolblue: Everything for a smile

It began as a student business and is now a fast-growing e-commerce company with twelve physical shops in the Netherlands and Belgium. Since it was set up, Coolblue has had one goal: making the customer happy. With the brand promise Everything for a smile, the company brings its obsessive focus on customer satisfaction to life. This brand promise is not only reflected in service and customer support, but in all facets of the company. Below are a number of well-known examples with which the company puts a smile on the faces of its customers:

The obsessive focus on customer satisfaction hasn’t done the company any harm. In 2018, it generated a record turnover of €1.35 billion, €160 million more than in 2017. Even the NPS, the most important measure of customer satisfaction, rose in 2018 to an unprecedented high score of 69. The figures for 2019 have not yet been released, but expectations are that it was another successful year.

At Coolblue, the brand and the brand promise are inextricably linked to one another and the promise is kept via all internal and external facets of the company and as a result, are experienced as such by employees and customers. The combination of brand and brand promise needs to be right, so it isn’t easily copied. A legal consultancy firm that calls its Financial Director ‘Head of Money’ or takes a client to a meeting room called ‘YOUR MOTHER’ …you get my point.

If you compare the company with competitors like Dell, HP and Toshiba, fundamentally, they aren’t that different. They all make computers, have access to the same talent, the same resources and the same agencies and the same media. They all have a number of good managers, creative designers and smart engineers. They all make several products that work well and some not so well. So why is Apple so hugely successful? People don’t buy what they do, they buy why they do it. People feel connected to their brand promise, challenging the status quo, and feel good buying an MP3 player, mobile phone or a computer from the company. Not because the price is attractive, but because in everything they do, the way they position their company and market their products, they give people the feeling that they are and remain the company of the future.

Despite the fact that the company has a massive turnover and for years has been the world’s most famous and valuable brand, the company’s devices don’t feel like mass products. They’re personal, an extension of the individual and an embodiment of the core values that the company has stood for since its foundation:

The results speak for themselves. For years, Apple has been one of the most profitable companies in the world, and on 2 August 2018, the technology giant became the first company ever to reach the magical market value of US$1 billion. The brand promise – challenging the status quo – has become somewhat weaker in recent years, but the company aims to remain groundbreaking. They continue to further develop their existing products – in 2019, the company launched the iPad7, Apple Watch Series 5, iPhone X, iPod touch 7, they research new markets to disrupt – Project Titan/‘Apple Car’ – and with Apple Park, over 14,000 employees have new, futuristic premises that only Apple can build. In recent years, there have been no truly new innovations, but even today, the company has a massive fanbase and will go down in history as one of the most innovative, groundbreaking and successful brands in the world, partly due to a perfect fulfilment of its brand promise.

Dutch Tax Office: We can't make it more pleasant, but we can make it easier

Everyone at some time has heard this – by now outdated – slogan of the Dutch Tax Office, in practice though, many clients’ experience is completely different. You can look at this brand promise from various perspectives, but from the client’s point of view (the user) there’s the general feeling that filling out your tax return for instance, isn’t easy at all. 1 May, the deadline for the return, is a date many dread, mainly because for a lot of people, it’s a complicated and time-consuming process in which using the Tax Office’s system is far from easy. There’s a multitude of regulations and procedures which can even make a fiscal law student dizzy. The result: People make mistakes and in many cases, decide to employ a tax consultant. And that costs money. In addition, the website doesn’t make it easy for the client to find the right information, and although the client service department is perfectly friendly, in many cases, they search their own website to find answers to your questions. Nice going…

At the end of 2017, there were more and more complaints along with sarcastic remarks about the brand promise: ‘We can’t make it more pleasant, but we can make it easier’. The brand promise didn’t match the client’s experience. Since 2018, the Tax Office has no longer used this slogan and they’re developing a new brand strategy where their communication takes into account the recognisable procrastination. Empathy is central here and as a result, they are trying to get closer to the general public. In recent years, they have also introduced changes to the tax return system so that at the start of the process, as much information as possible is automatically filled in. It’s a first step in acknowledging that it’s not quite as pleasant and easy as they had promised.

Conclusion: Keep your (brand) promises, that way you will automatically be successful and irresistible.

There’s no right or wrong in embodying your brand. There are countless examples you can use as inspiration, but above all, do what feels good and right for your company. Having a brand promise isn’t mandatory, but if you do use one to lift your brand, make sure it’s more than a creative pay-off, slogan or statement. Think it over carefully and give it meaning throughout the entire company. Make it a major internal project and involve as many employees and customers as possible to find out what your brand really stands for, what your brand means to them, and why they work for you or buy from you. Tell the story clearly so that it appeals to your employees and customers, and let it be the common thread that runs through everything you do and how you communicate. That way, your brand will be automatically successful and irresistible.

Glenn Ouëndag is a Digital Marketing Strategist at Campagne, a strategic and creative lead agency in Rotterdam. We work with strong brands that make a valuable impact. With our drive and expertise, we move companies forward, build long-term relationships and help our clients meet tomorrow’s challenges. 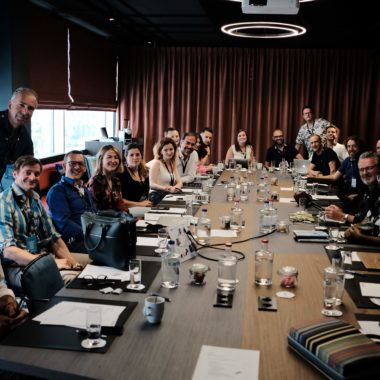 Challenge your reality: how do we apply this in daily work? 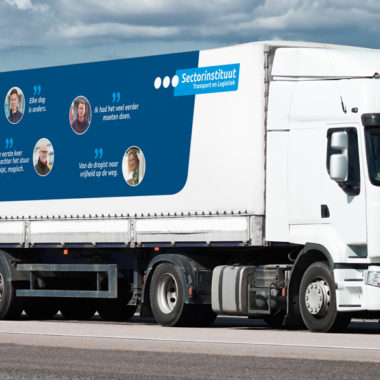 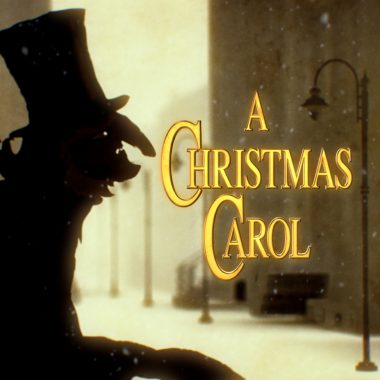 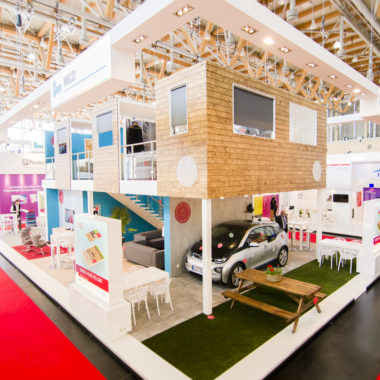 Effective participation in a trade fair: Outsource it!